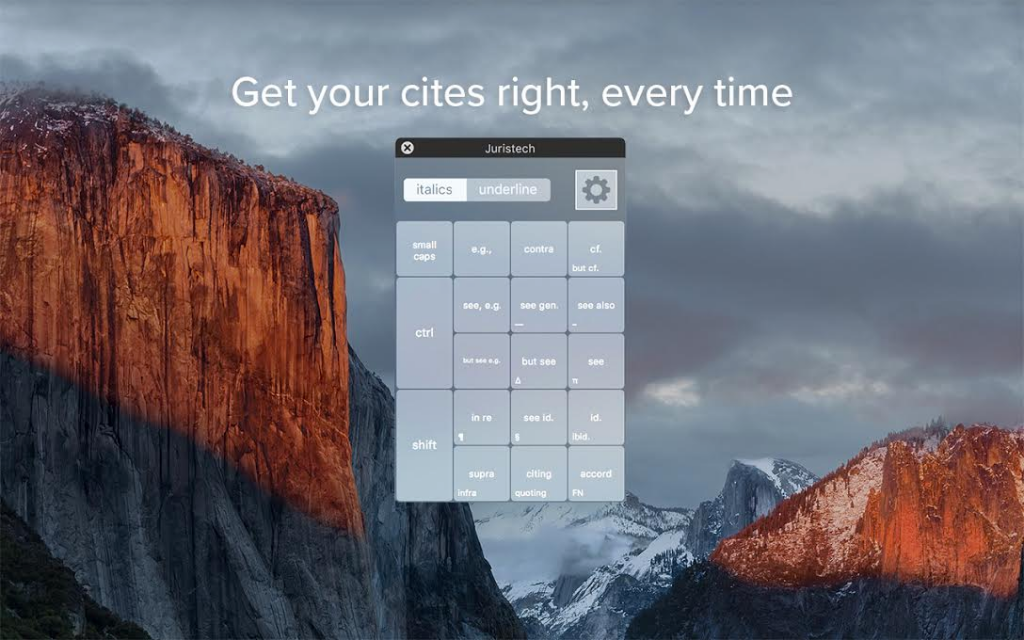 Earlier this year, I wrote about the LegalBoard, a computer keyboard designed specifically for lawyers. Little did I know what that post would provoke. As I later wrote on Above the Law, never in my 14 years of blogging had I seen the legal world react to a new product as it did to the LegalBoard. 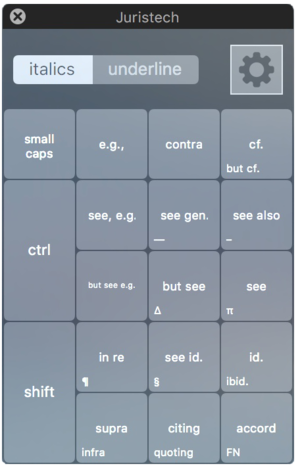 Well, hold on to your seats, because now there is another one, called Citepad. This one, however, is not a piece of hardware, but rather is software. And, for now, it works only on Macs, although versions are in development for Windows and iPads.

The idea, however, is similar to that of the LegalBoard. It allows legal professionals to easily insert citation words and commonly used symbols, reducing multiple key strokes to a single click. Like the LegalBoard, it lets you toggle between italic and underline formatting with a click of a button.

If you use Citepad with WestlawNext Copy with Reference and Lexis Advance Copy Citation to Clipboard, you can complete an entire citation with signals in a few clicks. Law students and professors can turn Small Caps on and off with one button for their law review article footnotes.

Citepad can be used with Word, Pages, OpenOffice and Google Docs. The company plans to add support for additional word processors. 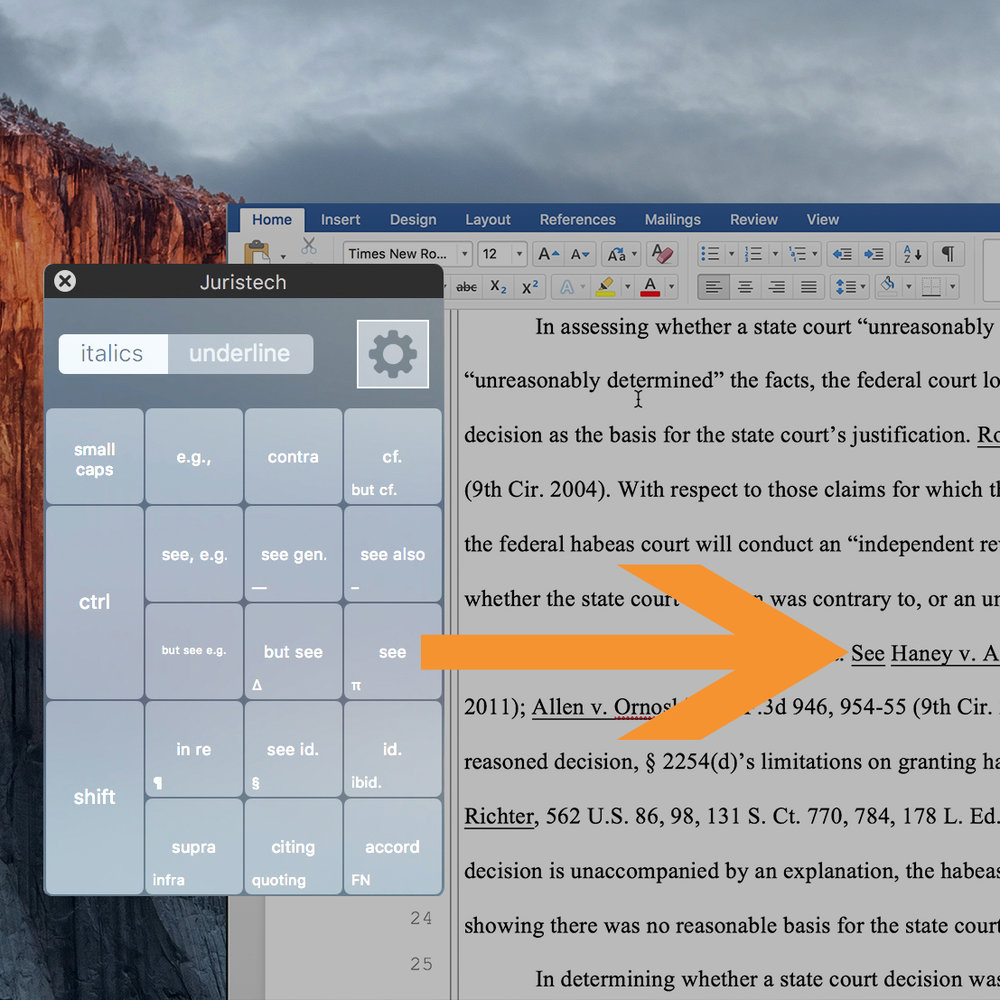 It also inserts these symbols:

The developer of Citepad, Emily Montgomery, is an attorney in Las Vegas and a graduate of UCLA Law. She credits the movie Margin Call as her inspiration.

“I was clerking for a federal magistrate judge in Riverside, Calif., when I was watching the movie Margin Call,” she explains. “I saw the Bloomberg terminals for stockbrokers in the movie and knew attorneys had to have a more efficient way to input data and format their documents.”

She started by creating a physical keyboard prototype but pivoted to an app model after deciding it would be less cumbersome and more flexible across practice areas.

Citepad will sell for $49.99 regularly, with a limited-time special introductory price of $39.99. You can get a free trial or purchase it here.