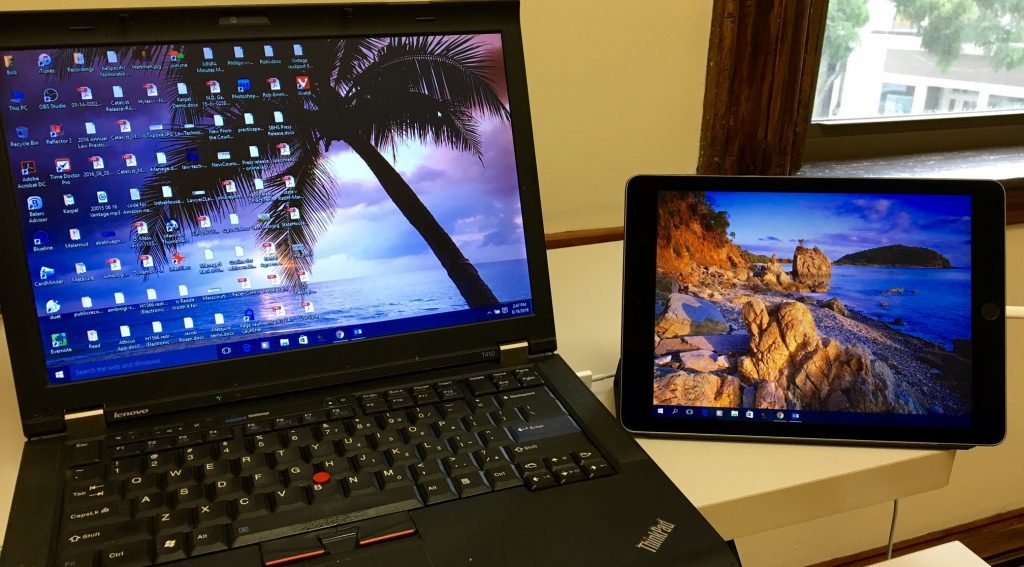 I am so dependent on a second monitor that I no longer feel productive without one. That can be a problem when I am away from my office. It is especially a problem when I travel and am hunkered down in a hotel room with important work to get done.

Then I discovered Duet Display, the app that turns your iPad into a monitor.

I must give credit for my discovery to the TL Serendipity newsletter, in with TechnoLawyer readers offer their personal technology and productivity tips. A lawyer named Paul Harte wrote in to relate how he uses Duet with an iPad Pro to serve as a second monitor when he is on the road.

I had never heard of it but it did not take me long to remedy that. Within a few moments, I’d purchased the app and tried it out. I was happy to find that it delivers as promised.

The app costs $18.99 — a bit expensive by app standards but worth every penny and more for the productivity boost it offers. It works with all models of iPad and also with all iPhones (although that would be a tiny second screen).

To use it, you also have to download and install a free app on your computer. Versions are available for both Mac and PC.

Plus, Duet offers several “bonus” benefits. You can:

If you do experience any performance issues, you can adjust Duet’s settings to reduce the frame rate or power usage.

For road warriors, the best thing about Duet is that it doesn’t require any hardware beyond what you’re already carrying — your laptop and your iPad. Wherever you are, you always have a second monitor.