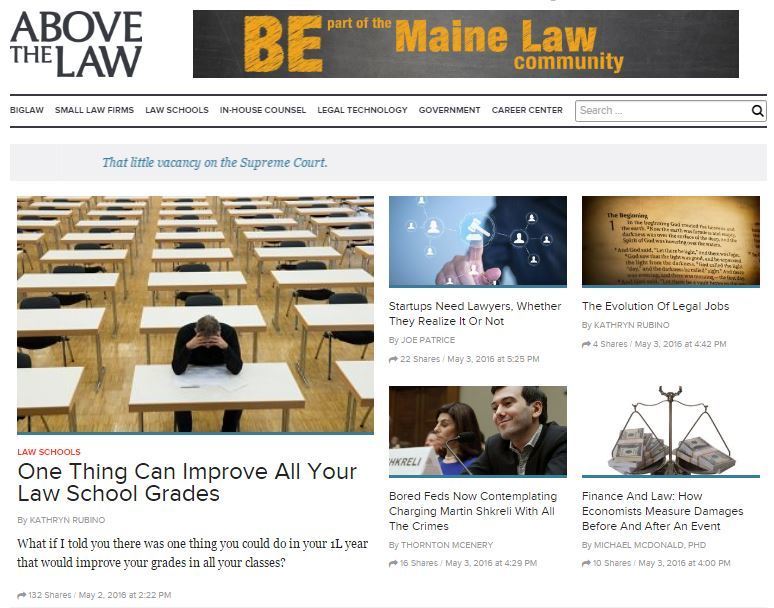 I am very happy to announce that I and this blog are joining the Above the Law network, as part of ATL’s enhanced focus on solo and small firms.

Making the news even better is that I am joined in this move by my long-time friend and sometimes collaborator Carolyn Elefant. Carolyn and I launched our blogs within a month of each other, way back in 2002, the pre-Mesozoic era of legal blogging, and for many years, we shared co-authoring duties for the former ALM Legal Blog Watch.

So what does this mean? For more details on how ATL is planning to expand its solo and small-firm coverage and programming, see its post: Small Law On ATL Is Huge. Among other things, ATL is preparing to launch a Small Firm Center in May, a new resource for lawyers and students that will be launched in collaboration with Smokeball, and it has announced the second Academy for Private Practice, to be held in Philadelphia Oct. 27-28.

As for me, I’ll officially be joining June 1. Starting then:

Hard to believe, but this year marks the tenth anniversary of Above the Law. It has evolved from what was initially perceived as a big law gossip site to a mainstay of legal journalism, as my friend Kevin O’Keefe wrote two years ago, and to a must-read legal news site for anyone who wants to stay on top of the legal world.

In recent years, ATL has significantly expanded its coverage of legal technology, thanks to insightful writers such as Zach Abramowitz, Jeff Bennion, Niki Black and others. I hope I can add to the value they already bring.