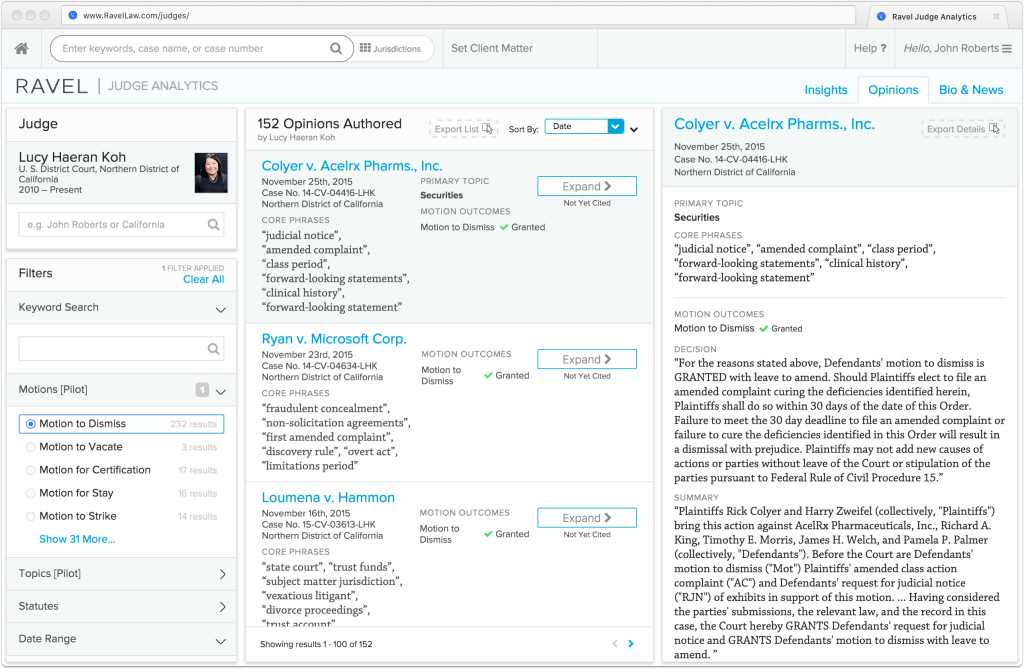 Judge analytics is the new black. Or at least that’s what I wrote in a post last summer that discussed several products that could do things such as help you predict how a particular judge might rule on an issue or which cases that judge was likely to find most persuasive.

One of the products I covered in that post was Ravel Law’s Judge Analytics, which promised to provide “never-before-available information and analysis about how individual federal court judges make decisions.”

Today, Ravel Law introduced an update to its Judge Analytics product that adds both new content and new functionality. The update adds:

A key value of the service is its ability to identify rules, cases and specific language that a judge commonly cites. It also shows you the cases a judge has authored together with analyses of other judges who have influenced them.

Although basic access to Ravel Law is free, Judge Analytics is available only with Ravel’s Elite-level subscription plan. Pricing for that plan is not listed on Ravel’s website.