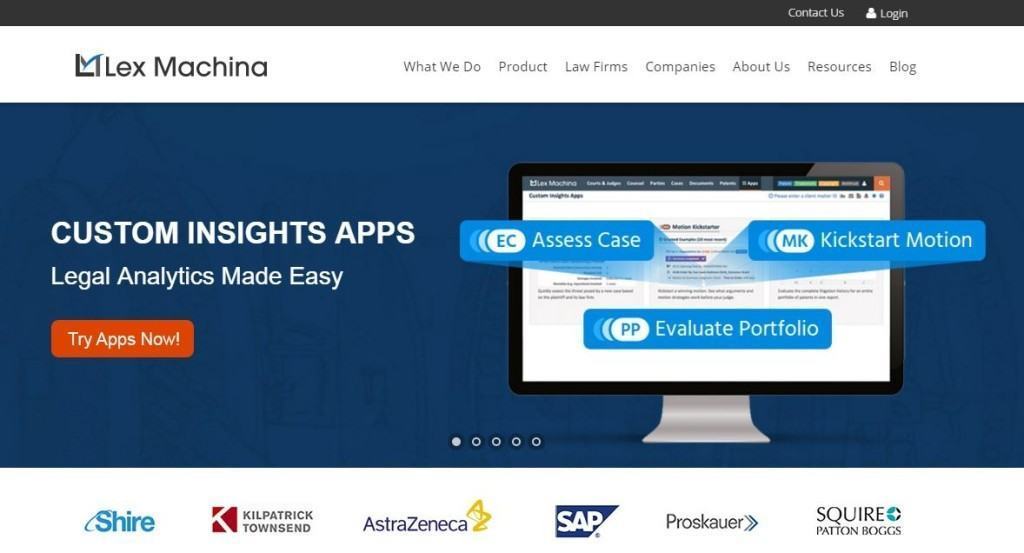 Rumors are swirling that LexisNexis is about to announce its acquisition of Lex Machina, the legal analytics platform that emerged out of Stanford Law School. I have not been able to confirm this with any executive at either LexisNexis or Lex Machina but have heard it from several unrelated sources.

The announcement could come as soon as today, several sources say. The company is said to have been shopping itself to potential buyers for several months. Some Lex Machina employees have reportedly told others they will be out of their jobs effective this week.

I was not able to reach anyone at Lex Machina or LexisNexis to discuss this. A public relations representative for Lex Machina responded to me but declined to comment.

Lex Machina uses sophisticated analytics to mine data from intellectual property cases to reveal insights about judges, lawyers, parties and patents. It extracts data from the federal courts’ PACER system, the U.S. Patent & Trademark Office, and the U.S. International Trade Commission’s Electronic Document Information System (EDIS). The data is then tagged and coded to allow it to be analyzed in a variety of ways.

Lex Machina evolved out of Stanford’s now-defunct Intellectual Property Law Clearinghouse started in 2007 by professor Mark Lemley and Joshua H. Walker. Lex Machina was incorporated in 2008 and launched in 2009.

In 2012, lawyer and venture capitalist Josh Becker took over as CEO and helped the company raise $4.8 million in a Series A funding as well as an earlier $2 million in funding.

Perspective on the Deal

For perspective on the rumored acquistion, I spoke last night to David Perla, president of Bloomberg BNA Legal. He is not surprised that LexisNexis would want to acquire a company such as Lex Machina.

“This acquisition makes sense for them,” he says. “They’ve generally purchased their innovation and it’s not surprising that they’d want this.”

But if LexisNexis hopes to expand Lex Machina’s analytics into areas of law beyond the IP niche it now occupies, it would have to overcome two challenges, Perla believes. One is simply the cost of acquiring that broader universe of data. The second is normalizing all that data in consistent fields and formats so that the analytics software can be run against it.

Bloomberg has developed legal analytics products of its own, but Perla says they have all been “organically grown.” For example, Bloomberg Law’s Corporate Transactions product includes analytics such as the Draft Analyzer to assist in drafting agreements and Deal Analytics to analyze a database of public and private M&A transactions.

In addition, Bloomberg is developing a judicial analytics tool that will give litigators a view into how specific judges decide cases and manage their case loads.

“It’s a big task to extract all that data and make it workable, especially when it’s all unstructured,” he says.

If the rumored acquisition is true, Perla declined to conjecture on either party’s motives for entering into it. However, he noted that a challenge common to legal startups who are working with data is that the costs are so immense that it becomes difficult to do much more than just build a proof of concept.

Perla knows a thing or two about legal startups. He was a cofounder of legal process outsourcing company Pangea3, which was acquired by Thomson Reuters in 2010, and previously was vice president for business and legal affairs at Monster.com.

“We think analytics is the future,” Perla says. “We’re not suprised that a company that is not known for it would want to get into it.”