Microsoft is quietly preparing to formally launch a new practice management product for lawyers in the coming months. The product was scheduled to be announced this month but the announcement has been delayed. It now appears that the product will be rolled out at or around the time of ABA Techshow in April. 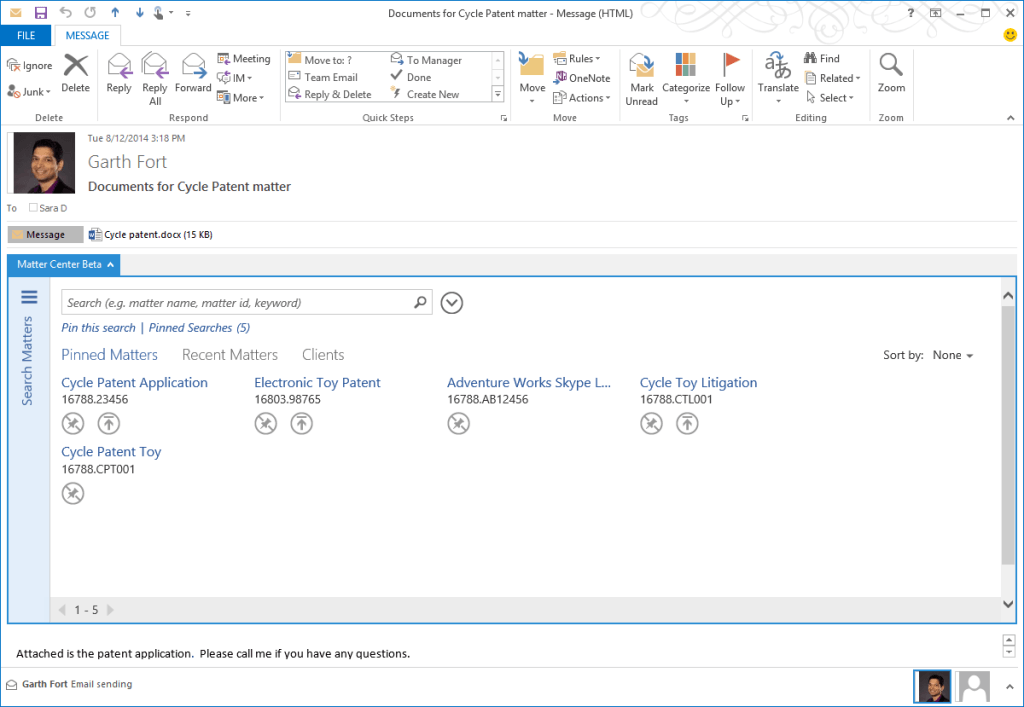 Search and find matters directly in Outlook. (Click for larger.)

Microsoft executives have not responded to my inquiries about the project. Presumably, the launch is for Matter Center for Office 365, a document management and collaboration product for law firms. Microsoft unveiled a preview version of Matter Center during the International Legal Technology Association (ILTA) conference in August, but has said virtually nothing about it since, apart from what is said on the product’s web page.

Based on what Microsoft has said about Matter Center, it will be built around a SharePoint interface and integrate with OneDrive for document storage and collaboration and with Office 365 for word processing, email and other office functions. Much of its functionality will exist directly within the Office programs Word and Outlook. 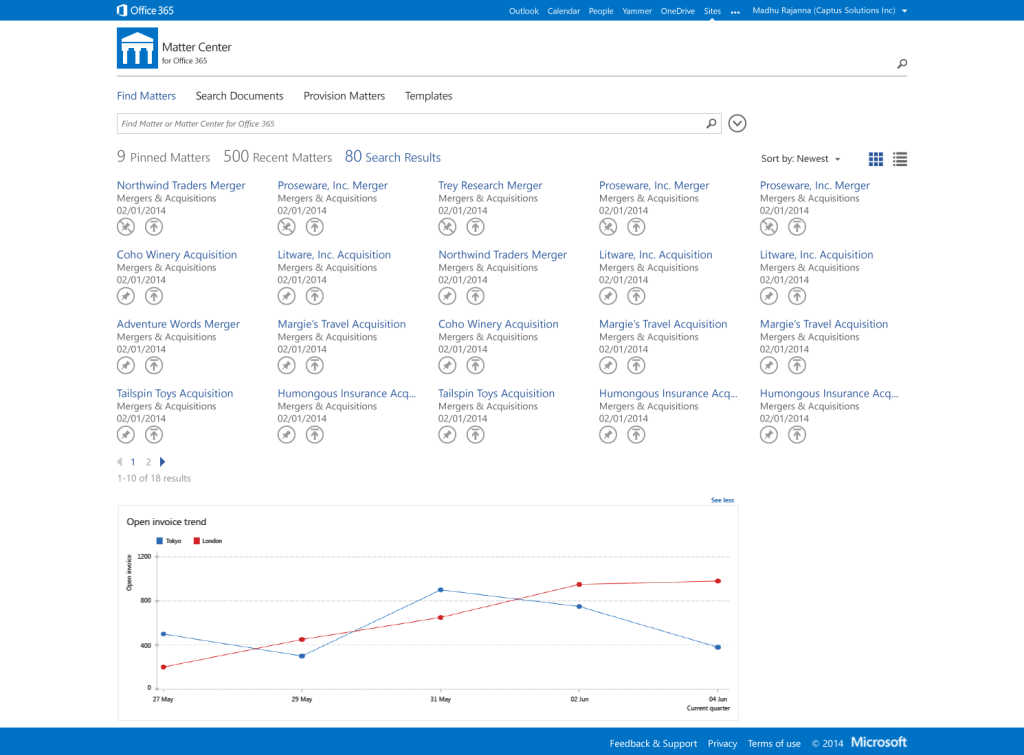 “Working seamlessly with Office 365, Matter Center offers those in the legal profession a way to intuitively find and organize files without leaving the familiar productivity tools they use the most—namely Microsoft Outlook and Word,” product manager Tejas Mehta said at the time of the ILTA announcement. “Matter Center for Office 365 enables professionals to quickly locate and collaborate on legal matters from virtually anywhere, anytime—from any device. In essence, a one stop shop for all your document collaboration and management needs.”

The product will also integrate with other productivity applications, such as Lync for online meetings and instant messaging and Yammer for enterprise social networking.

Microsoft has not said so, but I would be willing to speculate that the product will also take advantage of Office 365 integrations with third-party apps of use to lawyers, such as the LawToolBox court deadlines app and the DocuSign for SharePoint app.

Another company, Handshake Software, has begun marketing a product, Handshake Converter, that converts documents and other files from legacy document management systems to SharePoint so that they will work with Matter Center.

For larger law firms, a key selling point for Matter Center will be that it can be deployed as a fully cloud-based application, as an on-premises application using SharePoint, or as a part-cloud, part-local hybrid.