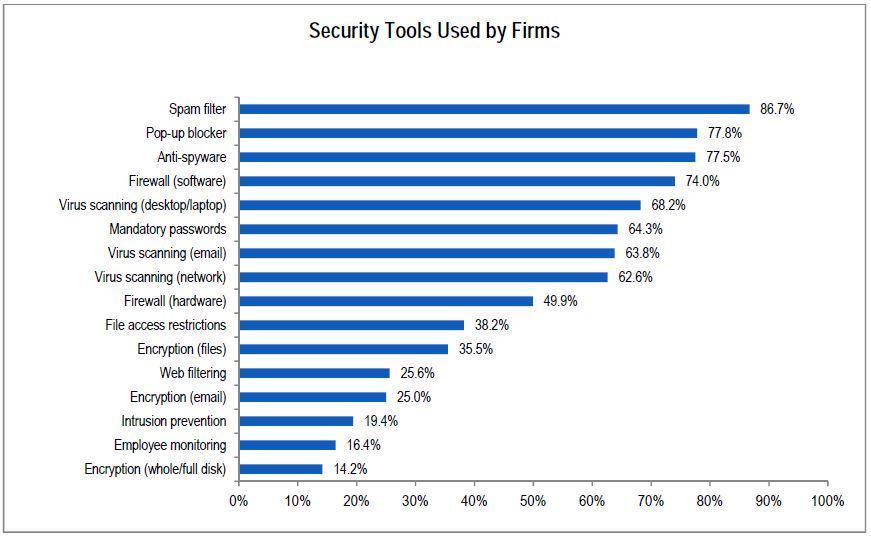 Nearly half of law firms were infected with viruses, spyware or malware last year, according to the latest ABA Legal Technology Survey Report. At the same time, only a quarter of law firms had any kind of email encryption available for their lawyers to use, the survey found.

Also, 14% of law firms experienced a security breach last year in the form of a lost or stolen computer or smartphone, a hacker, a break-in or a website exploit.

Taken together, these findings paint a sorry picture about the state of law firm security: Viruses are common; encryption is not. 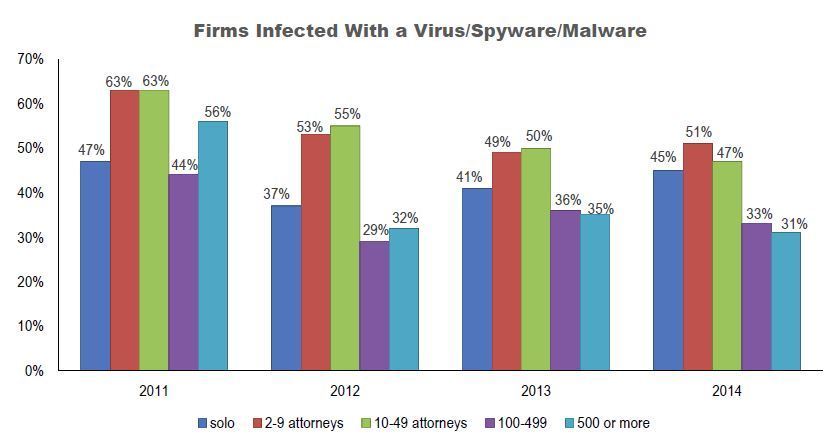 On the bright side, of those who reported an infection, 48% said it resulted in no business losses or breaches. The most common negative results from virus infections were downtime/loss of billable hours (42%), consulting fees for repair (37%), and temporary loss of network access (25%).

Only 6% said the virus resulted in the destruction or loss of files and less than 1% said it resulted in unauthorized access to non-client sensitive data.

Regarding email encryption, just 25% of law firms have it available, according to the survey. It is more commonly used at larger firms and least likely to be used at solo and small firms. 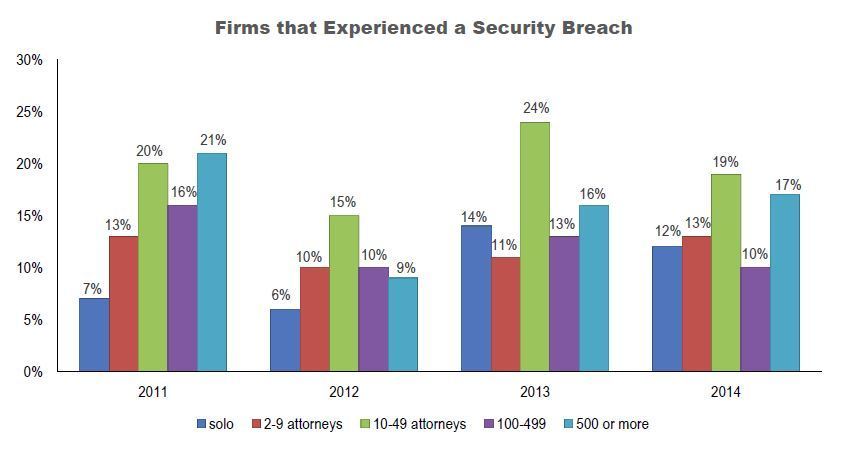 For the most part, these breaches resulted in no business disruption or loss, although 26% said the breach caused downtime and loss of billable hours. Eight percent of the breaches caused the destruction or loss of files, but just 1% said it resulted in unauthorized access to sensitive client data. In 5% of the cases, the firms notified clients of the breach.

Some other interesting findings pertaining to law firm security:

The Legal Technology Survey Report is edited by Joshua Poje, director of theLegal Technology Resource Center.  It is published in six volumes. Each volume can be purchased for $350 or, for ABA members, $300. The volumes are: