Just back from last week’s LegalTech in New York, and with the perspective of someone who has been writing about legal technology for more than two decades, I am convinced that I have never before seen a time of such intense and creative innovation in legal technology. However, it is not LegalTech that has me thinking that; rather, it is a legal-tech sideshow that coincided with it called ReInvent Law NYC. 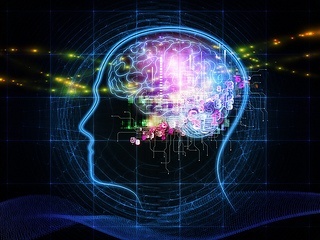 LegalTech is billed as the largest and most important legal technology event of the year. I have no doubt it is the largest and, in many ways, the most important. It is where the legal tech “establishment” comes to show off its wares and where hopeful new entrants come to drum up interest. But if there were innovations to be found here this year, they were at best incremental. Most of the products that vendors demonstrated for me were simply variations on the products they showed me last year.

But I also became engaged with a sort-of legal technology “underground” at LegalTech. In conversation after conversation, I encountered entrepreneurial young lawyers and developers who came to LegalTech not to exhibit or to present seminars — because those kinds of things are not in their budgets — but to network and to engage in a kind of guerrilla marketing to spread the word about their ideas or their start-ups.

And then on Friday came ReInvent Law, where all these entrepreneurs converged in a fast-paced, high-energy, unabashed love fest. Thirty-nine different presentations were packed into the day-long program, many as tightly timed, six-minute ignite programs. Speakers addressed topics such as why we need more hackers in the legal profession, how lawyering is like engineering, how to use design principles to enhance legal services, and IP issues in 3D printing.

In all honesty, the speakers were a mixed bag. Some did little more than hawk their own products. Some presented Big New Thing ideas that, frankly, I’ve seen and heard before in my 20 years of covering this stuff. Some were truly inspiring and clearly blazing trails into new and promising directions. I might argue that it was in the conversations in the halls outside the sessions where the most valuable ideas were being exchanged and connections being made.

To my mind, however, the significance of ReInvent Law was not in any single presentation or even in the event itself. It was that ReInvent Law was a manifestation of the moment in which we now find ourselves in legal technology — a moment of unprecedented innovation and creativity. Those young entrepreneurs who stopped me at LegalTech to pitch their ideas and the speakers and attendees at ReInvent Law are all representatives of a much larger groundswell.

Take a look at the list of legal startups at Angel List, a site that lists startups of all kinds. As of this writing, the list has 412 companies identified as legal startups. Companies listed here are trying to come up with better ways to do legal research, negotiate contracts, manage legal documents, match consumers with lawyers, search patents, manage a law office, track and bill time, and much more.

No doubt, many if not most of these companies will fail. Some of their ideas are probably stupid. But there is brilliance there as well. Startups such as Ravel — with its unique visual approach to legal research — are already causing much larger players to pay attention and emulate their approach. If just a fraction of these startups succeed, lawyers will be the better for it.

Why this groundswell of innovation at this point in time? The reason, I think, is that the formula for innovation has changed. Time was when the behemoths drove legal technology. Advances in legal research, trial technology, document management and practice management were driven by the big guys. Sure there were entrepreneurs and startups. But hundreds of them at any given time? Never.

Even with the advent of the web, which seemed to promise a new flood of innovation, the flood was more of a trickle. Yes, innovation in the legal web has ebbed and flowed, but never has there been a level of activity and entrepreneurship that compares to today.

We live at a time when a Harvard undergrad who started something in his dorm room rose seemingly overnight to become one of the world’s wealthiest people. We can debate whether that’s a good thing, but there is no doubt that virtually anyone with the right idea has a shot at making it a reality. It did not matter that Ravel’s founders were still in law school when they thought they had a better way to do research. They had a good idea and ran with it.

We have transformed from a time when legal technology was a product driven by large corporations to a time when it is an idea driven by a desire to make things simpler and smarter. Yes, every entrepreneur is motivated in part by the hope of getting rich quick. But that hope is helping to drive a new generation of creative thinking, a new generation of entrepreneurial lawyers and developers who believe they can improve the way law is practiced and delivered.

That spirit and energy was almost tangible in New York last week. But it wasn’t at the posh New York Hilton setting of LegalTech. Fittingly, it was in Greenwich Village, across the street from the Village Voice, on the campus of the art and science college Cooper Union. Those who attended represented a kind of legal technology counter-culture, one that is sure to shape the future of our profession.