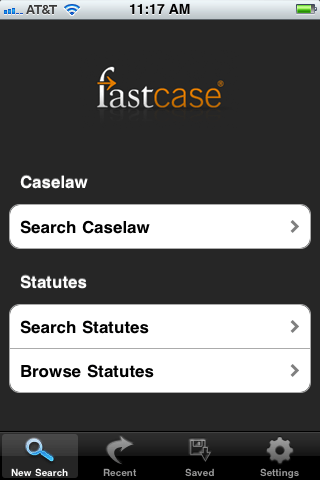 The survey asked lawyers whether they had ever downloaded legal-specific smartphone apps and, if so, which ones. Of those who had, the top three apps they named were:

When the lawyers were asked whether they had ever downloaded a general business app and, if so, which ones, the top three they named were:

I’ve written about the Fastcase app a number of times, including having published an exclusive first look before it was officially released. The app, which is available for iOS and Android, provides direct access to a free library of cases and statutes.

The findings discussed above came from the volume on mobile lawyers.