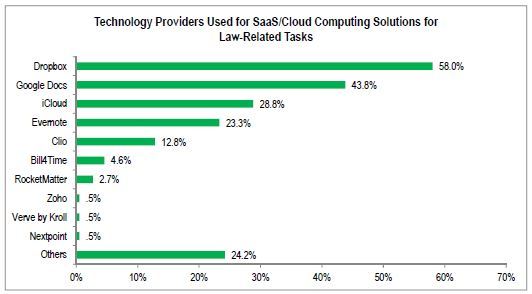 When lawyers who had used cloud services were asked what they see as the benefits, they gave the same answers in virtually the same proportions as in past years. The most common benefit they cited was the cloud’s easy access from anywhere via a web browser (74 percent). Other benefits they mentioned include 24×7 availability (63 percent), low cost of entry and predictable monthly expense (56 percent), robust data back-up and recovery (49 percent), quick to get up and running (44 percent), and eliminates IT and software management requirments (41 percent). 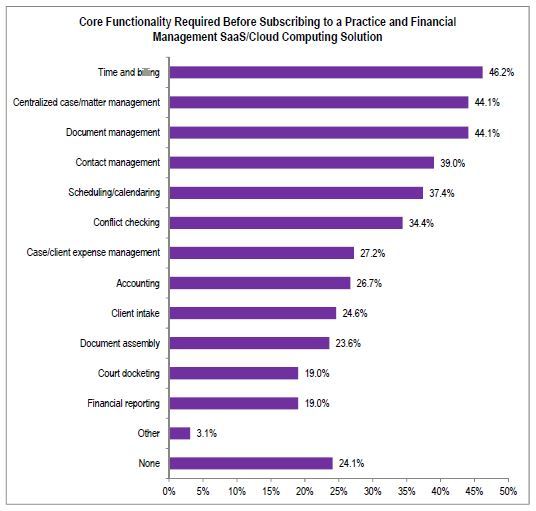 Among lawyers who use cloud computing, their biggest concern is confidentiality and security, with 72 percent saying that is a worry of theirs. Lawyers are also concerned about losing control of their data and about the possibility of the vendor disappearing.

Security was also the biggest concern among lawyers who do not use the cloud, with 58 percent citing that as a factor that has prevented them from using the cloud. Forty-seven percent say they have not used the cloud because they are simply unfamiliar with the technology.

The findings discussed above came from the volume on law office technology.