The Washington Supreme Court has voted 7-2 to end the state’s pioneering Limited License Legal Technicians program, a first-of-its-kind program that the court created in 2012 in an effort to help address the unmet legal needs of residents who could not afford a lawyer.

Washington’s LLLT program was the first in the United States to license paraprofessionals to give legal advice without the supervision of a lawyer. The state licensed LLLTs only in family law and with a narrower scope of practice than an attorney.

(I wrote an in-depth look at the program for the ABA Journal in 2015: Washington State Moves Around UPL, Using Legal Technicians to Help Close the Justice Gap.)

In a letter Friday, Chief Justice Debra L. Stephens notified officials of the LLLT board and the Washington State Bar Association (WSBA) that the program would be sunset. Ironically, Stephens was one of the two dissenters.

“[A]fter careful consideration of the overall costs of sustaining the program and the small number of interested individuals, a majority of the court determined that the LLLT program is not an effective way to meet these needs, and voted to sunset the program,” Stephens wrote.

In a separate letter, Justice Barbara A. Madsen, who was chief justice when the court created the program, said that she “passionately” disagreed with the court’s vote as well as with the way it was carried out — at a single meeting without notice to or comment from stakeholders or the public.

“[T]he LLLT license did not spring fully formed from the head of Zeus,” Madsen wrote. “Rather, it is the work of thousands upon thousands of hours dedicated to rectifying a simple truth: that access to justice in this country is not equal.”

Noting that the court, just last week, issued a letter recommitting itself to ending racial disparity in the state, Madsen said, “The elimination of the LLLT license, which was created to address access to justice across income and race, is a step backward in this critical work. It is not the time for closing the doors to justice but, instead, for opening them wider.”

The Supreme Court’s Rules Committee will meet in the near future about the process for revising, amending and repealing LLLT rules as the next step forward, court spokesperson Wendy K. Ferrell told me by email. 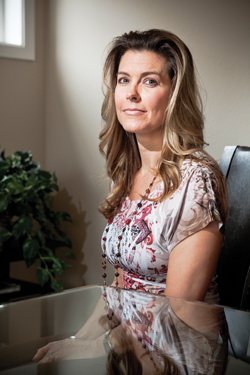 The court’s decision to terminate the program came at the urging of the WSBA, which cited its cost in running the program. The WSBA said that its net cost of administering the program from 2013 to 2019 had been $1.3 million (or about 1% of its total expenses over that period).

However, materials submitted to the WSBA board of governors showed that its total net direct cost since 2013 had been far less — $231,166. And it was estimated that program revenue would cover the program’s direct expenses within two years.

In her letter of dissent, Justice Madsen called the WSBA’s rationale based on cost “a hollow one.” It ignores the thousands the bar spends investigating lawyer misconduct while failing to acknowledge the lack of grievances against LLLTs, she said.

It also fails to calculate the cost to the bar of continuing to administer the program for current LLLTs, who will be allowed to retain their licenses.

Both the WSBA and the court also cited the low number of participants in the program. A search of the WSBA directory for LLLTs produces 45 results, of which 39 are active.

Focus on the Client

Those who are active include the holder of the first LLLT license issued, Michelle M. Cummings in Tacoma, who I profiled in my 2015 ABA Journal article. A paralegal since 1998, when I spoke to her in 2015, she was looking forward to having clients of her own.

“Paralegals tend to multitask. I’ll get to finally sit down at my desk, focus on the client and do the job they are paying me to do,” she told me then.

Chief Justice Stephens’ letter said that current LLLTs may continue to be licensed and provide services. Individuals in the pipeline to become LLLTs may still be licensed if they complete all requirements by July 31, 2021. No new LLLTs will be admitted after that date, she said.

Washington’s LLLT program has inspired other states to consider or adopt similar programs. The American Bar Association’s 2016 Report on the Future of Legal Services in the United States cited it as an example of how courts and bar associations are experimenting with innovative methods to address the justice gap.

A 2017 preliminary evaluation of the program, conducted by Rebecca L. Sandefur of the American Bar Foundation and Thomas M. Clarke of the National Center for State Courts, called the program a “success” and urged other states to replicate it.

“The LLLT program offers an innovative way to extend affordable legal services to a potentially large segment of the public that cannot afford traditional lawyers,” they wrote. “While the scope of the role is limited and will not be the answer for every legal problem, LLLTs definitely can provide quality legal services to those who need it and also significantly reduce the stress of navigating a foreign process that is complex and daunting.”