It was significant news, not only because analytics are fast becoming must-have tools for litigators, but also because Westlaw’s biggest competitor, LexisNexis, was making significant strides in developing its own analytics, driven by its acquisitions of Lex Machina and Ravel Law. In fact, on the same day that Thomson Reuters announced Westlaw Edge. LexisNexis launched Lexis Analytics, pulling together all of its major analytics products.

Now, Thomson Reuters is further enhancing its analytics offerings with the addition of Precedent Analytics, which it is rolling out to Westlaw Edge subscribers today and will be showing this week at Legalweek in New York. Precedent Analytics lets users see the citation patterns of individual judges, revealing the cases, courts, judges and citation language they rely on in deciding different legal issues. It also shows the frequency with which judges have dealt with different issues.

Here again, there are parallels to LexisNexis. In November, it launched Context, a product derived from Ravel Law that analyzes the language of specific judges’ opinions to identify the cases and arguments the judge finds persuasive. Whereas litigation analytics are generally based on data from court dockets, both Precedent Analytics and Context are based on analysis of case law and rulings.

During a media briefing last week, Jeff Arvidson, director of product management at Thomson Reuters, said that the company has been developing Precedent Analytics for more than two years and that it is unlike any other analytics product on the market. What makes it unique, he said, is its integration with West’s Key Number system. 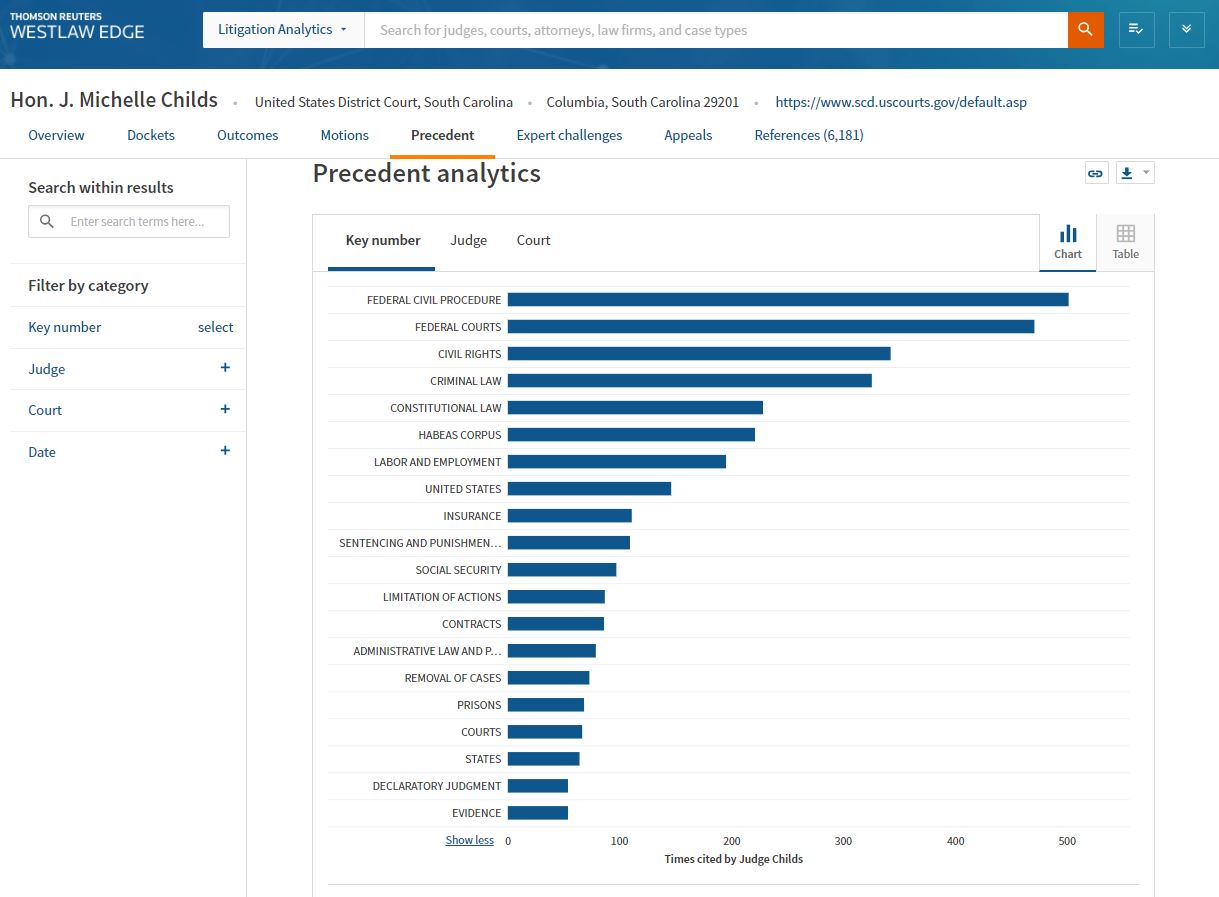 Precedent Analytics appears as a tab within Westlaw Edge’s array of analytics tools. When viewing Precedent Analytics for a specific judge, you see a graph showing the frequency with which a judge has dealt with particular topics. (See image above.) The topics are drawn from West’s Key Numbers, allowing users to drill down through topics and refine the analytics to match. In this way, a user can see at a specific level the cases and courts that judge relies on when deciding cases in that topic area. 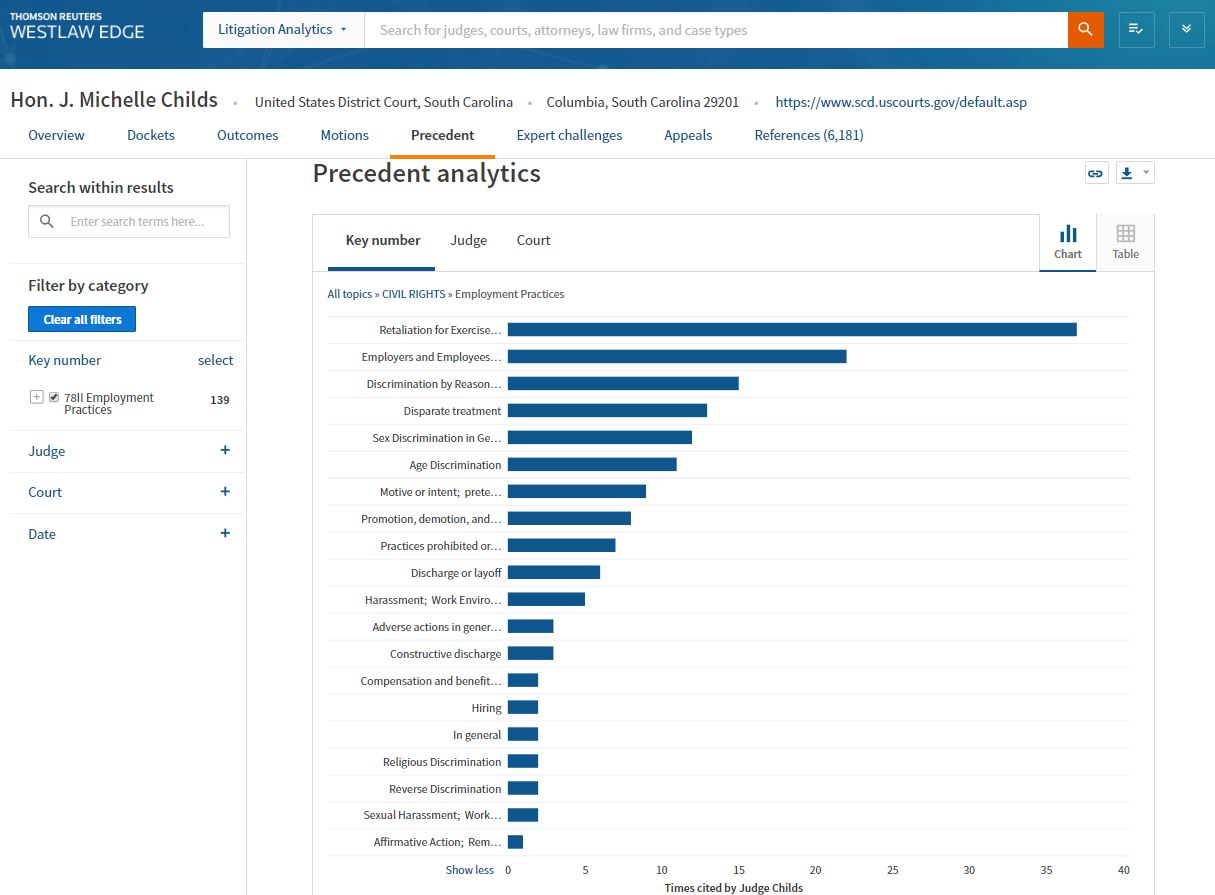 In this image, the user has drilled down by clicking on the topic “Civil Rights” and then “Employment Practices.” The user can continue to refine results in this way. 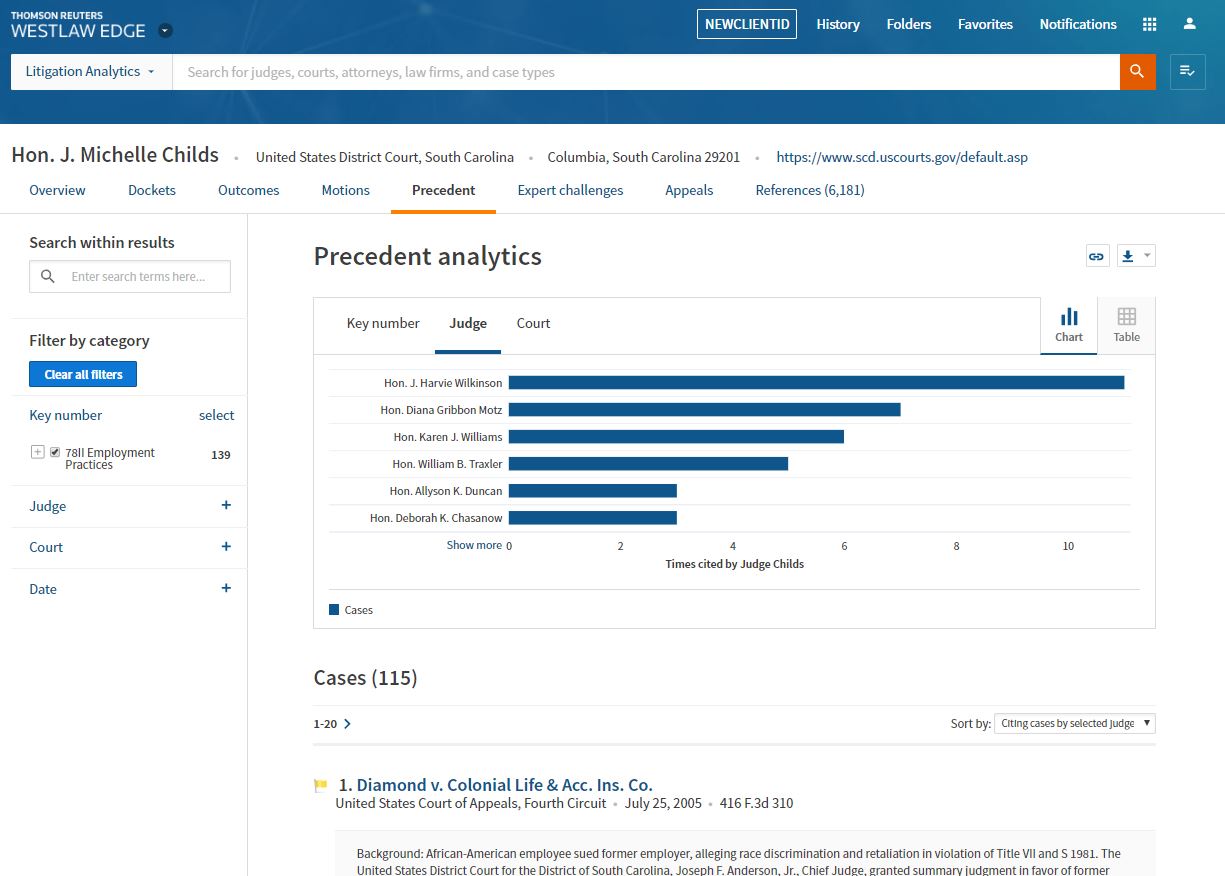 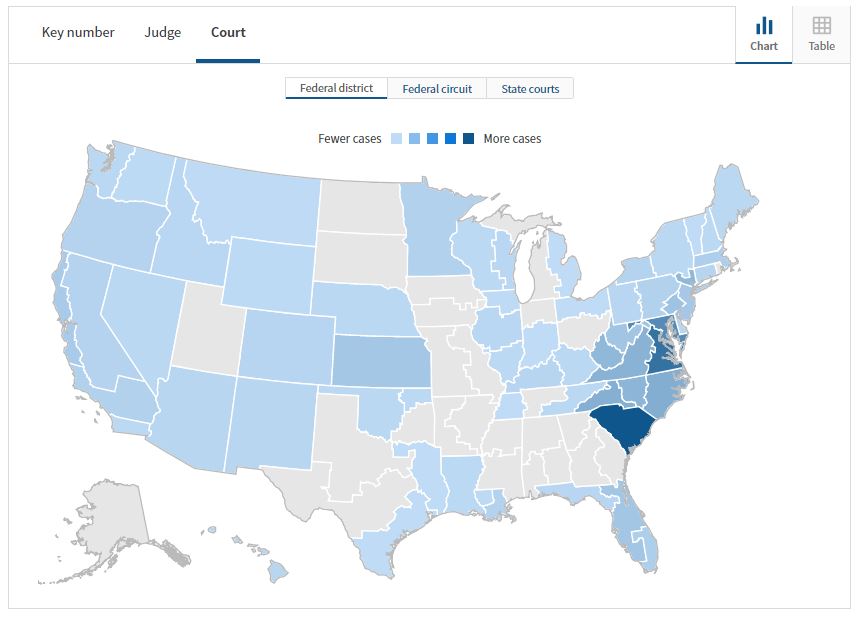 Similarly, the Court tab shows the jurisdictions and courts the judge most frequently cites. Results can be shown for federal district courts, federal appellate courts or state courts. 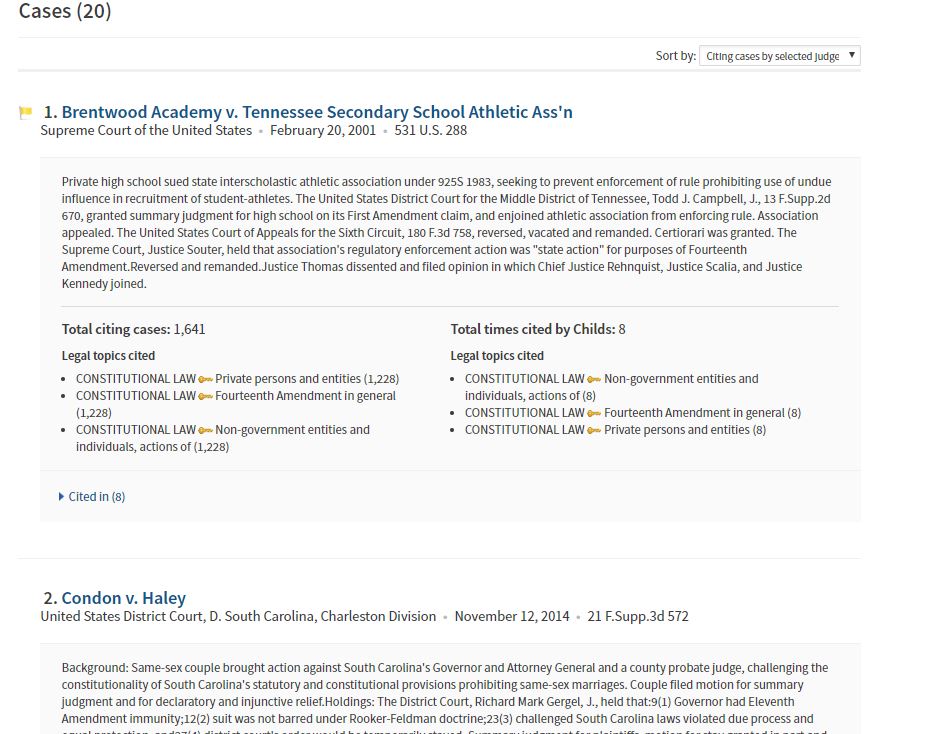 This also shows if there is a particular case the judge almost always cites for a particular type of matter — useful information to know when writing a brief. 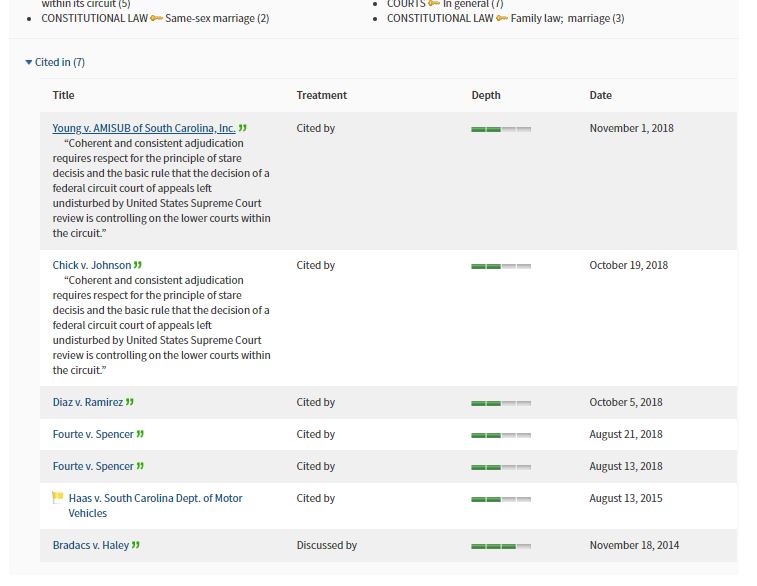 It also shows you the language from the point in the case that the judge cited, including how the judge treated that language and the depth of treatment.

Thomson Reuters says its analytics tools cover 8 million federal dockets and 150 million state dockets. They can be filtered by 23 types of motions and more than 100 sub-types of motion.

This new tool is available as of today to Westlaw Edge subscribers.

[On my LawNext podcast, I interviewed Arvidson about litigation analytics in Westlaw Edge. Listen to that episode here.]