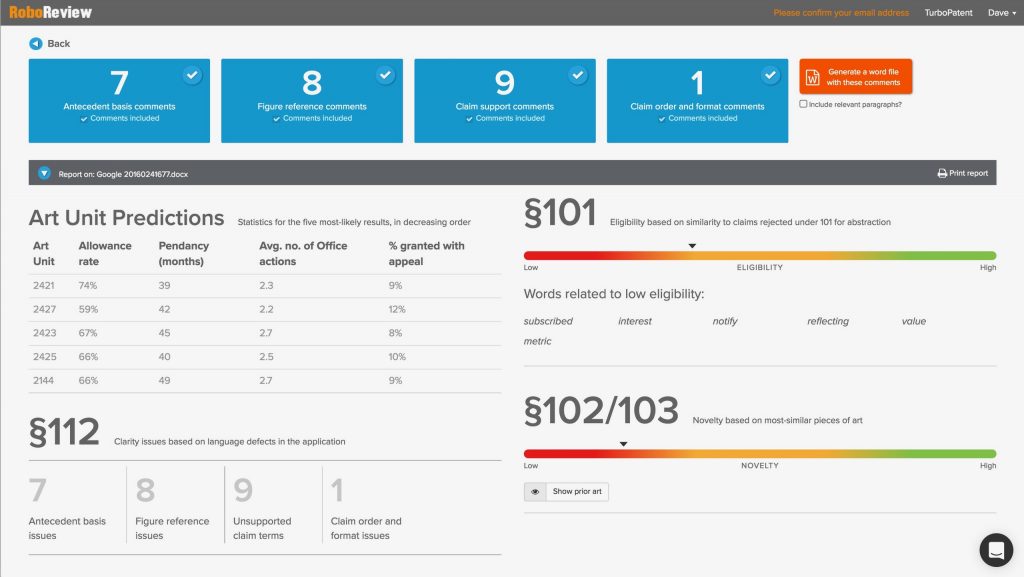 TurboPatent, a company that develops applications to automate and streamline the patent protection process, is today introducing two artificial intelligence products for patent lawyers, RoboReview, a cloud-based product that analyzes draft patent applications, and RapidResponse, a product that assists lawyers in writing responses to office actions.

These follow the company’s launch earlier this year of SmartShell, an AI-powered tool that helps prepare responses to office actions, which I wrote about in February.

Last week, I received a demonstration of TurboPatent by James Billmaier, the company’s CEO, and Charles Mirho, a longtime patent attorney who is the company’s founder and chief legal counsel. Mirho said that RoboReview substitutes for human review within a law firm of patent application drafts, performing a review that is on par with the analysis of an experienced patent attorney but in far shorter time and much lower cost.

“When a patent attorney writes an application, often it will be reviewed by various parties in the firm prior to sending it to the client,” Mirho said. “We have robots that will actually read the application, then, right in the Word document, make comments and suggestions on how to improve the document, just like Word’s “track changes” feature.”

A typical patent review takes days when done by a person but just seconds with RoboReview, the company says. “This is a big leap forward for us and for the whole industry,” Mirho said. “Until now, these kinds of review tools have been very literal – they don’t understand on a conceptual level. This tool can do that.” 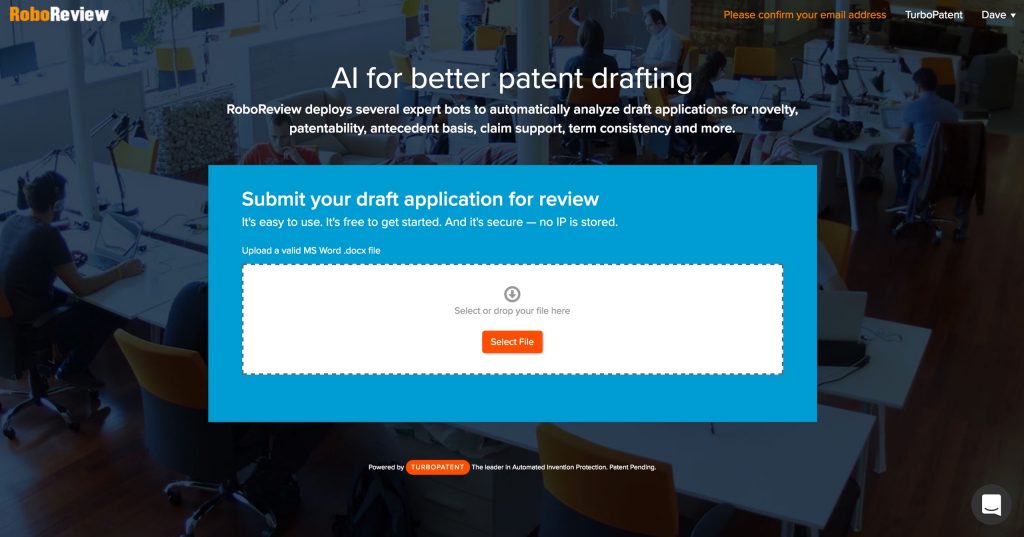 Drag and drop the draft application to generate a report.

To use RoboReview, a lawyer drags and drops the draft application onto the platform. RoboReview then analyzes the document and generates two reports:

“This is frankly doing review better than some humans would do it,” Mirho said. “This thing finds things that I as an experienced patent attorney wouldn’t find.” 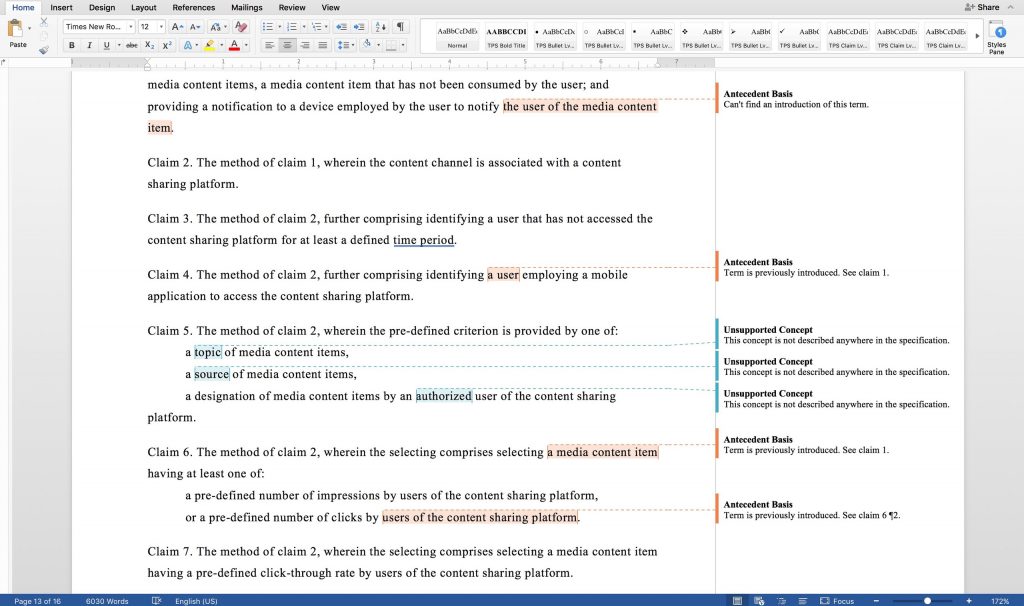 RoboReview provides comments in a form that is similar to Word’s “track changes” feature.

Also today, TurboPatent is introducing RapidResponse. This is the next step to the SmartShell application I wrote about in February. SmartShell  automates the creation of shells — documents typically prepared by paralegals that outline the issues requiring response after receiving an office action from a patent examiner. RapidResponse starts from the shell and assists the attorney in writing a response to an office action. 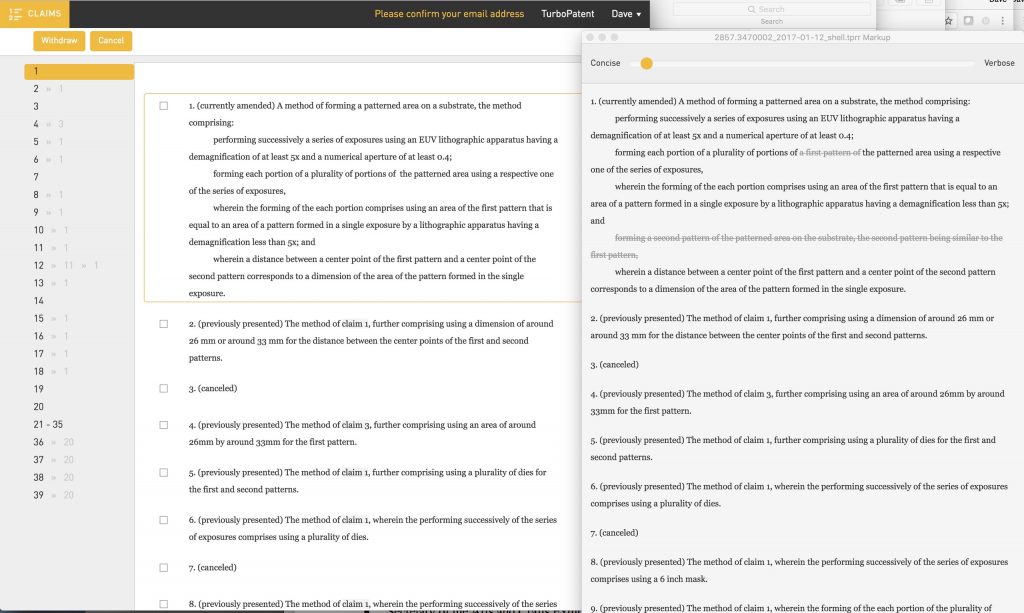 Rapid Response can integrate with RoboReview. A future version will include all the capabilities now available in RoboReview.

Rapid Response is available for free as an added feature to TurboPatent SmartShell which simplifies responding to patent examiners by automating the creation of an Office action shell.

RoboReview is available as a monthly subscription with unlimited use or on a per use basis.